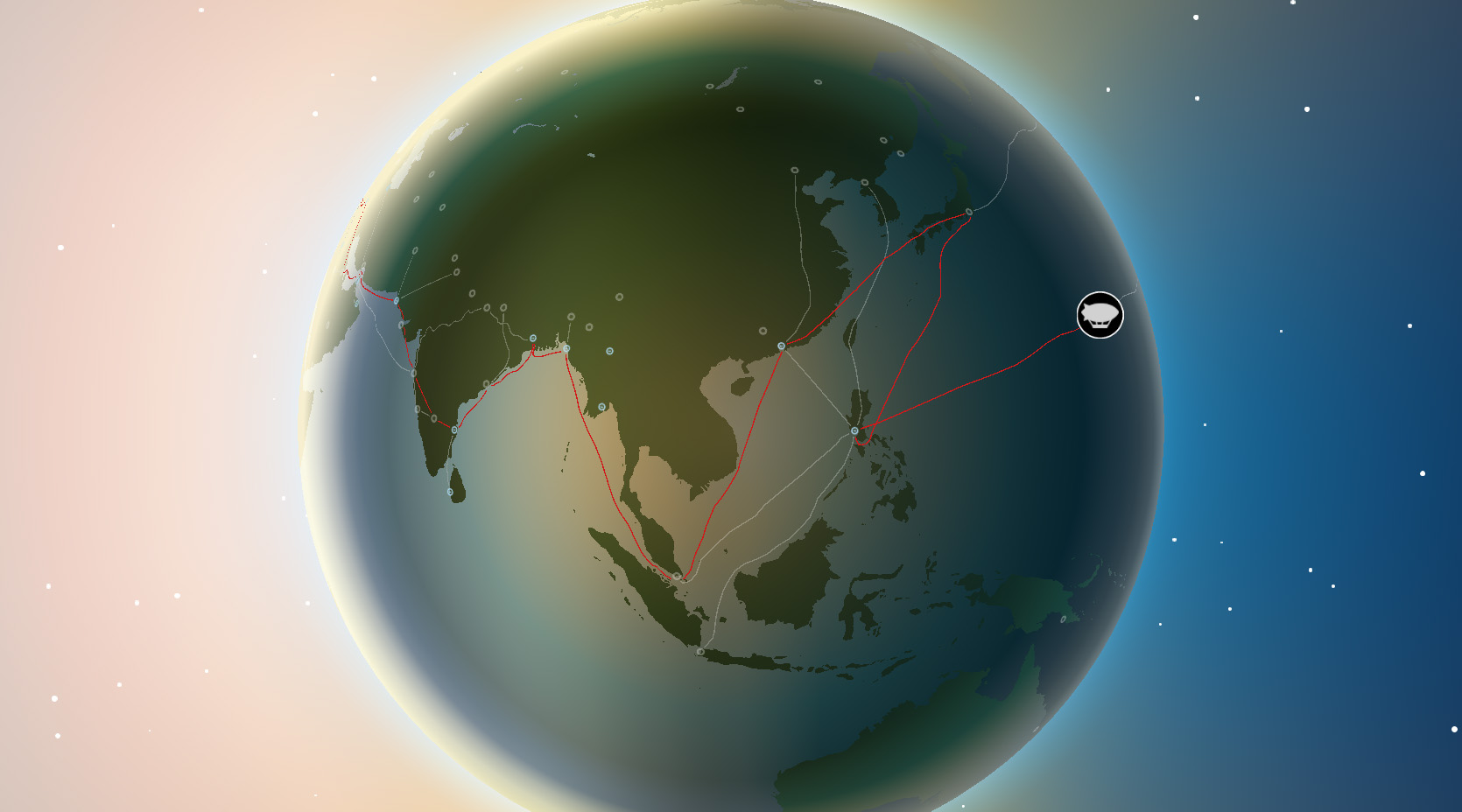 I was kind of weary to start this journey, considering I lost three beforehand (with day totals being 89, 83, and 90 respectivley). But I learned a lot from those three games. And with less than an hour and a half of gameplay, I got around the world IN 57 DAYS! I earned three achivements IN ONE SITTING! I was amazed. I never though I would even make it with seventeen hours, nevertheless seven!

You can view the full jorney here: http://www.inklestudios.com/80days/journeys/?id=F6hgRfgoHK&playerName=Paladinluke&platform=desktop

And here are some tips:

1. Avoid trouble at all costs

This seems a bit obvious, but try your best to avoid trouble. Unless it falls into tip 2.

2. When confronted, be a badass.

On my trip from Acapulo, I ran into some bandits that blocked the rode. I dodged a bullet for Phileas, and no one was hurt. But those bandits went away when I held them at gunpoint WITH THEIR GUNS!

3. Check your (predicted) routes before and after visting the market.

If you see something in the market that is valueable in a certian place, check your map. If the place is on your route, snatch that item up! Just make sure you will stop there and not just pass by it. That's how I ended up earning £7,000 on a carpet I bought for £230! And £4,000 on a cotton plant I bought for £85. And a £100 sold for ten times that, but I was already in Lisbon so that didn't matter much.

Also, here are some travel tips:

-Manilla isn't a bad choice. It has some cheap ships, but you should make sure Phileas drinks only boiled water to not get cholera.

-If you are in Acapulo, go exploring. Though you won't find any new routes, you will find one later from having a conversation with a woman (Or man, I can't remember) that will open up a route to Houston.

-If you want cheap and quick flights, go to Washington. Board the Paul Revere, then once you are on Port Delagos (or whatever), take the Gyrocopter to Lisbon. Then take the aircraft (can't remember it's name) to London, and TADA! (If you take my route, you can hop from Washington to London in less than a week!)

Thank you for letting me talk about this.
(edited by Paladinluke)
0
I completed my first journey in 59 days. Really don't see how people can lose if they take sensible routes.
(edited by A Fandom user)

What do you think?